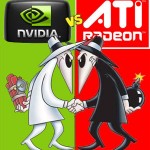 If everything goes as expected, AMD next generation of video cards (Southern Islands aka Radeon HD 7000) will be released in the Q3 of 2011.

According to current rumors, it was set for a 2011 Q3-Q4 release. However, we’ve heard that company is keen on delivering its 28nm GPU’s before nVidia does and therefore, is working with GF to make that possible.

According to our sources, earlier release is likely as well and it all comes down to manufacturing process.

Update: AMD has shifted their strategy and will not be using GF to produce 28nm chips. As a result, 28nm GPUs are now coming in late 2011 or early 2012.