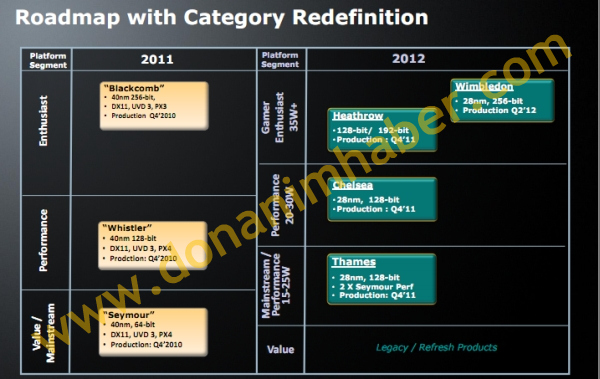 According to the leaked mobile roadmap slide, AMD plans to begin 28nm production for the fourth quarter of 2011 with the plausible launch in late 2011 or early 2012.

However, 28nm will be lower end GPUs (just like they did with 40nm process)

Chelsea is a 128-bit Chip while Thames will feature twice the performance as Seymour (Radeon HD 6000M).

Higher end GPUs will also see a refresh. However, those will not be made using 28nm technology.