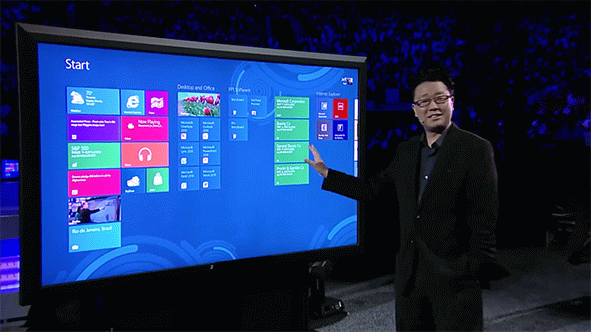 During the WPC, Microsoft has just announced that they have purchased Perceptive Pixel.

Perceptive Pixel, Inc. is a company specializing in research, development and production of multi-touch interfaces. The company was founded in 2006 by Jeff Han, who publicly demonstrated multi-touch hardware and software technology at the TED conference earlier that year. Perceptive Pixel is headquartered in New York City and maintains offices in Palo Alto, Portland, and Washington D.C.

Here is a short video about the Perceptive Pixel