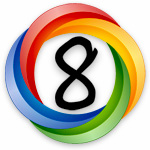 Now here is something interesting: we have received some information from Andrew about the upcoming Windows 8 release and its new ways to fight piracy.

According to Andrew’s sources, Microsoft is considering a new way to store important Windows kernel file(s).

If everything goes as expected, Windows 8 will synchronize a couple of kernel files directly from Microsoft cloud servers, not only preventing piracy (at least temporary) but also allowing instant system updates for some of the components (no reboot required).

Now, if your connection dies, it will use a backup kernel file that is stored in your actual computer so essentially, Internet is not required.

However, when you run Windows 8 for the very first time, it will try to establish a connection to Microsoft servers and download the most recent files.

Although it’s not yet clear how exactly it will whitelist computers and/or licenses, some people might argue that this kind of Windows 8 behavior is way too early.