If you were wondering how much money Windows Phone did generate for the Microsoft, then we have some interesting details to share with you. 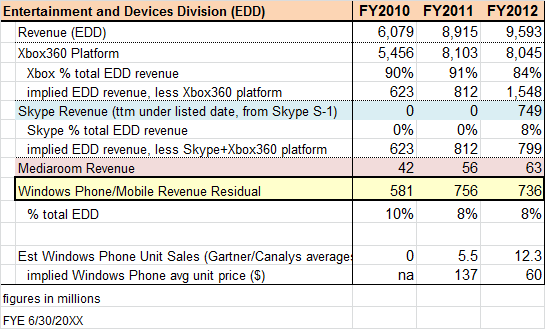 In addition to that, we got a sneak peek at the Skype revenue, which was $749 million for the FY2012, making a total revenue for both services at a coll $1.5 billion.