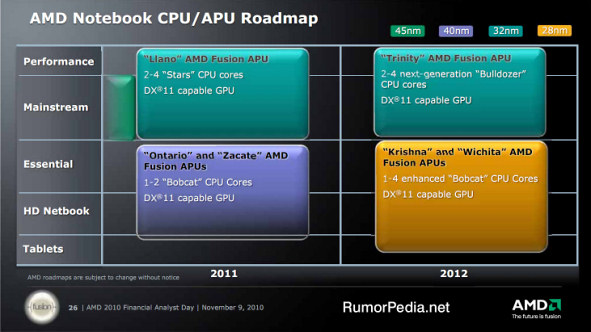 If Turkish site is to be believed, then here is what you can expect from the upcoming AMD Llano processors (APUs):

According to leaked slides, AMD Llano should be available later this summer.